What is the Lunar New Year?

The Lunar New Year is the year of a year of a calendar coordinated by the lunar phases and not those of the annual cycle of the sun, as it is the case with the Gregorian calendar.
The Lunar New Year (also known as the Chinese New Year) occurs every year at the same time, but not on the same date. Indeed, the Chinese calendar being a Luni-solar calendar, the date of New Year in China, in the Gregorian calendar, varies from one year to the next, but still falls between 21 January and 19 February, on the second new moon since the Solstice Winter, when the sun is in the sign of Aquarius. It is, like all the Chinese lunar month beginnings, the first day of a new moon. For 2019, the year will be that of the Pig of Earth (year 4717) and it starts on February 5, 2019. 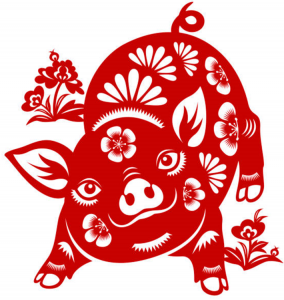 The Lunar New Year and Asia

As China has a major influence throughout Asia, Chinese New Year has spread to many East Asian countries that have moon-rhythmic calendars. From then on, Malaysia, Thailand, Indonesia and Vietnam are organising festivities for this occasion which they call, commonly with China, the “Lunar New Year”, or the “Spring Festival”. However, each of these countries have their distinctive characteristic to celebrate the event. For example, in Vietnam this transition to the new year is called “Têt “. In Korea, the first day of the year is called the Seollal. Officially named Baru Imlek, the feast is also celebrated by the Sino-Indonesians since 1999 and has been declared a holiday. Major cities and Chinese-populated cities such as Jakarta, Medan, Singkawang, Pangkal Pinang, Bagansiapiapi, Selat Panjang, Batam, Ketapang and Pontianak each year offer festivities with parade and fireworks.

In Bali, the official day of the passage to New year is called Nyepi. It also changes every year. For 2019, it will take a few more days to take place on March 7. Indeed the Balinese calendar says the “Pawukon” has a real specificity. It is composed of cycle of 210 days. In addition, there are no 52 weeks of 7 days but ten different types of weeks that last from 1 to 10 days each and which are superimposed throughout the cycle. The name of the days changes according to the weeks and their combinations oblige the Balinese to do or not to do certain things. For example, when the last day of the 3-day week (Kajeng) coincides with the last day of the 5-day week (Keliwon), it is an important day. From then on, the Balinese make offerings to protect themselves from the lurking demons! In order to find their way, the Balinese have another calendar, the Tika. It is composed of 210 boxes divided into thirty columns. It allows, with the help of crosses, circles and notches, to identify the particular days of the Pawukon.

Anyway, before Nyepi, several big festivals are celebrated in Bali.

There is indeed a festive atmosphere during the many days before this new year Balinese.

Penjors (long, decorated bamboo stalks) are all over the streets and women are involved in multiple ceremonial preparations.

It is therefore a large part of East Asia that is in the colours of this lunar New year.